10 Celebrities You Didn’t Know Went Under The Knife

Did you know these celebs have had surgery? The demand for beauty and even perfection is high in Hollywood circles. That’s why it’s not uncommon for stars to get various plastic surgeries.

The Big Bang Theory star underwent breast augmentation surgery at age 18. Cuoco told Cosmopolitan that getting implants was “the best decision I ever made.”

The Heroes and Nashville star seems to have enhanced her barely there breasts. While she is yet to comment on them, her implants don’t seem to be settling too well.

The Everybody Loves Raymond star underwent Breast Reduction and Tummy Tuck surgery saying her reasons for surgery were “Vanity. I mean it, vanity. I had four babies and four C-sections, and my stomach looked like the map of the world. My breasts were hanging down to here from breast-feeding those babies and my nipples were like platters. I wanted to fit into the gowns that I finally got to wear. I had a breast reduction and a tummy-tuck and I feel fine about that and I feel fine about saying I did it. There is an awful lot of illusion in Hollywood, but it’s better to be honest if you can.” There are virtually no ‘before’ images to show as Heaton covered up her so-called ‘imperfections’. We think she looks great, we’re just wondering where her belly button went…

The supermodel hasn’t admitted to having work done, however was seen last year sneaking in and out of a surgery clinic. From these recent bikini snaps, it would seems she had enhanced her breasts.

The outspoken Geordie Shore reality star recently stepped out with a much more slender looking nose.

The Modern Family actor had her breast size reduced when she was 17. Ariel decreased her bust from a 32F to 34D, an Australian size 10F to 12D, after her natural assets were taking a toll on her body and confidence. “I think it will be the only [cosmetic surgery] I’ll have done, but I’m extremely happy with the decision I made,” Winter told PEOPLE about her surgery. “It’s important to talk about it because there are young girls suffering like I did, but there shouldn’t be a stigma about it.”

The singer had her breasts enhanced at age 28, after debating for 10 years whether she should have the procedure or not.

While the actress has never gone public about her surgery, a picture sure is a thousand words! Though experts believe in recent years she has undergone further breast surgery to reduce the ‘fake’ look of them.

While the singer has never gone public about her procedure, there’s No Doubt her assets have had a little assistance.

The stunning actress has never spoken about her rhinoplasty, but we think her new nose looks great! 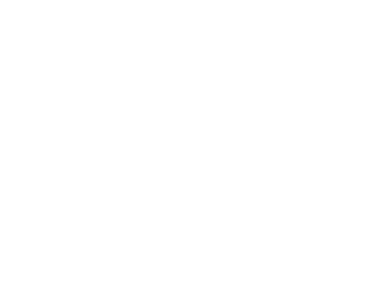 Perfect Bras For Those With Enhanced Assets

10 Ways You Can Ensure Your Surgery Will Be Successful

Then join us now on your journey to the new you!